Meet Matt Birr
If you live in Fridley, MN then you've likely seen him you just might now know it.  Matt is easily recognized as a Segwaying Banana, or pickle or Luigi!  This veteran wants nothing more than to give a smile & we're here to share his story. 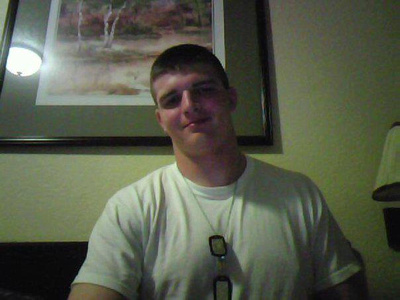 This 23 year old was born & raised here in Friendly Fridley.  He joined the Army in 2008 and was whisked away to Afghanistan right after boot camp summer of 2009.  August 10th, 2009, Matt was off-duty and on his computer when a bullet went through the back right of his head and out the front right by his eye.  Before Matt could legally enjoy a beer, he was a disabled veteran.  Matt has lost most of his vision in his left eye which means he can't even have a driver's license.   He was forced to rely on family & friends to do simple tasks like driving to the grocery store. 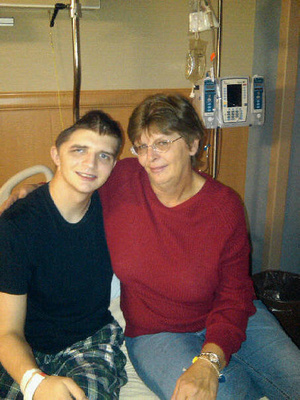 
In fall 2012, Matt received his freedom & independence back when Segs4Vets gave him a Segway.  Segs4Vets is a volunteer effort representing grateful Americans who support our veterans, donates segways to military veterans suffering from serious injury and permanent disability. Since starting in 2005, Segs4Vets has donated over 1,100 segways!

At top speeds of 12.3 mph (yes, Matt has tried to get it to go faster!)  Matt was given the freedom to return to "normal" life.  A few weeks before Halloween, Matt decided that it would be funny to ride to the store in a banana suit.  On his trip, he found that he wasn't the only one laughing about his adventure, everyone he passed was smiling & laughing.  This started "the suits."  His goal is simple: "To give 1 smile a day."

In the past 9 months, Matt has added lots of costumes to his new form of artillery.
Pickle, Gorilla, Luigi, Monkey, ketchup bottle, Spiderman, Stay Puff Marshmallow Man (currently not using, fan is broken)
Most costumes average $50-75!

Matt registered for the 2013 Fridley 49'ers Day Parade to up his goal: "Let's spread more smiles"  He purchased enough candy to fill a wagon, put his friend's little sister in a monkey costume and off they went in his banana suit, spreading smiles.  After the parade, Matt was approached by a teenage male who asked to try on his banana costume.  The boy never returned.

Matt's banana suit was his "identity" to the community.  His facebook page is even Segwaying Banana Man!
There are some things that Matt needs to continue giving smiles...
New banana costume ($50)
New set of tires ($160 donation to Segs4Vets & they'll send him new tires)
"InfoKey" for speed control,mph.,battery life,etc. ($200-300)
And some fun stuff he'd like...
A radio system (BestBuy quoted him $250ish)
A custom paint job including his Army Company's Cross-Cannons image (no clue how much this would be!)

I believe that our community should support our veterans and this is a small price for us to pay compared to what Matt endured while fighting for our freedom.

Photograph MN, along with some local sponsors, will be holding a benefit for Matt JULY 23rd, 6-7:30pm.
With a $10 donation, you'll be able to personalize your banana with any message & hop into our photobooth!  You'll also have a chance to have your banana (and any other item you bring) signed by Matt, a Fridley Hero Veteran!!!!
Bananas will be provided by Mike's Discount Foods, THANKS MIKE!